My tent is my new home until the beginning of June. I knew that my first night probably would be some kind of a mess. One thing is 100% sure – I didn’t freeze, it was to hot in my -40 degrees Marmot sleeping bag despite -10 outside. At 1 AM I had to change strategy and cooled down and could finally sleep for two hours with regular wake ups and that’s how it went on the entire first night. It’s fine, I am used to this and next night improves. After four nights things are in order.

Our first acclimatization climb went 18km through the Rong Phu Glacier up to an altitude of 5600m during 7 hours and accumulated 700m in both descents and ascents and at this altitude it’s a killer. We were extremely tired after this. The terrain is tough going up this track to Interim Camp since you have to move through endless sizes of rocks, ice and snow. Tomorrow is a rest day for recovery and maintenance of equipment. The second climb went to a 5700m peak next to EBC and it was steep, actually steeper than we had planned so the descent was a little adventure that partly should have been done with ropes, but we managed.

Every morning and evening I measure my saturation and heart beats in order to see that I acclimatize properly. Currently I have 90% saturation an 54 BPM which is good after a couple of days at this altitude.

Besides our personal tents we have a dining tent which also serves as a relax space. Two other large tents are for the food storage and kitchen. We also have toilet and shower tents.

Our Sherpas have moved equipment to both Interim Camp and Advanced Base Camp now. We mainly use Jaks for the transportation. These fantastic animals are so strong and can operate up to 6500m with 60kg. This will make it possible for us to move between the camps during our acclimatization phases.

The polish guys have brought a computer with polish movies and spend the evenings with this currently. I read some books I brought and have done some office work on my computer. It’s great keeping contact with the business and my family during this expedition.

One day the TMA Secretary Mr.Sonom from Lhasa made a visit to our camp. Chhiring has a very strong reputation with the authorities and there Secretary wanted to meet the Swedish/Polish team besides seeing progression with the local team regarding environmental and security work at Everest. The meeting was very friendly and open. TMA is working on different programs improving the waste situation on the mountain which they realize is important for the future. They are also implementing tougher demands on climbers in 2019 requiring at least one 8000m peak before Mt Everest.

We have also completed at Puja in our camp. Three monks arrived and we had a one hour session with prayers that they made. I didnt fully understand what they did to be oughnest. The purpose is for sure to protect us when we go higher up. But, I promise to get back on this in upcoming blog posts.

After four nights in Everest Base Camp its time to move to the higher camps.  The plan is to get up to Interim Camp at 6000m and spend two nights there before we move to Advanced Base Camp at 6500m for another two nights. If the weather is ok we might even make an effort to visit North Col at 7000m before we go down to get back some energy. 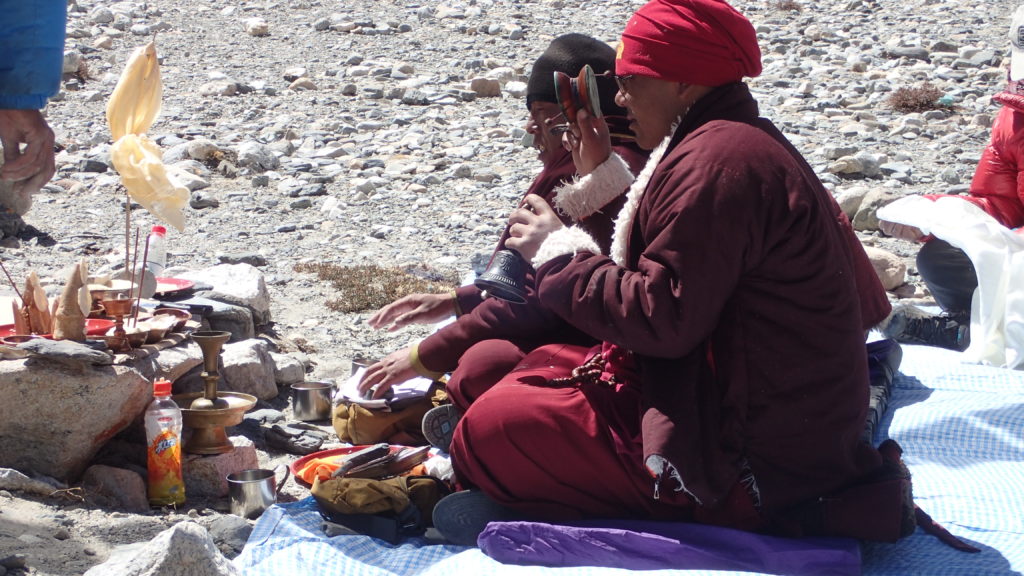 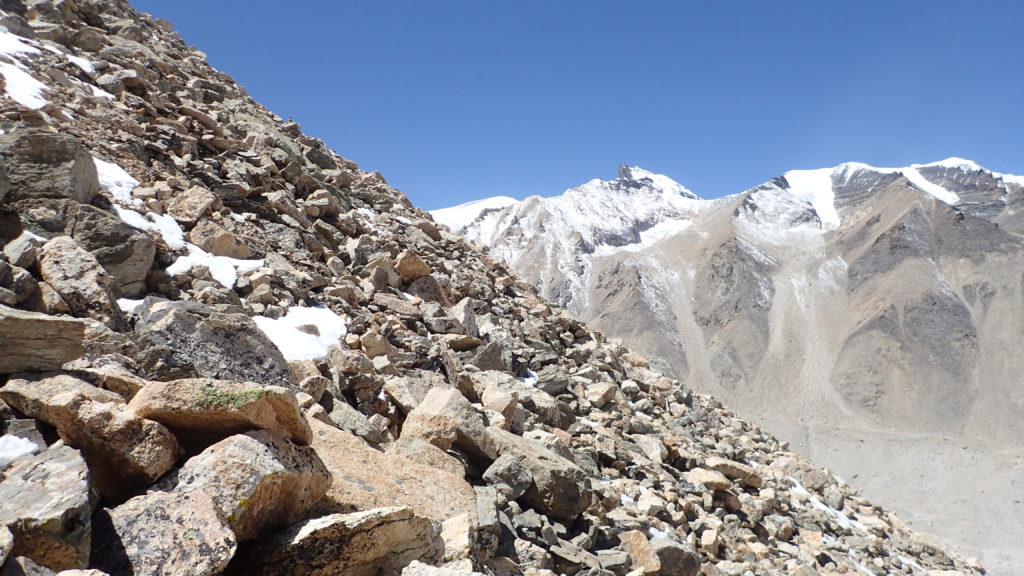 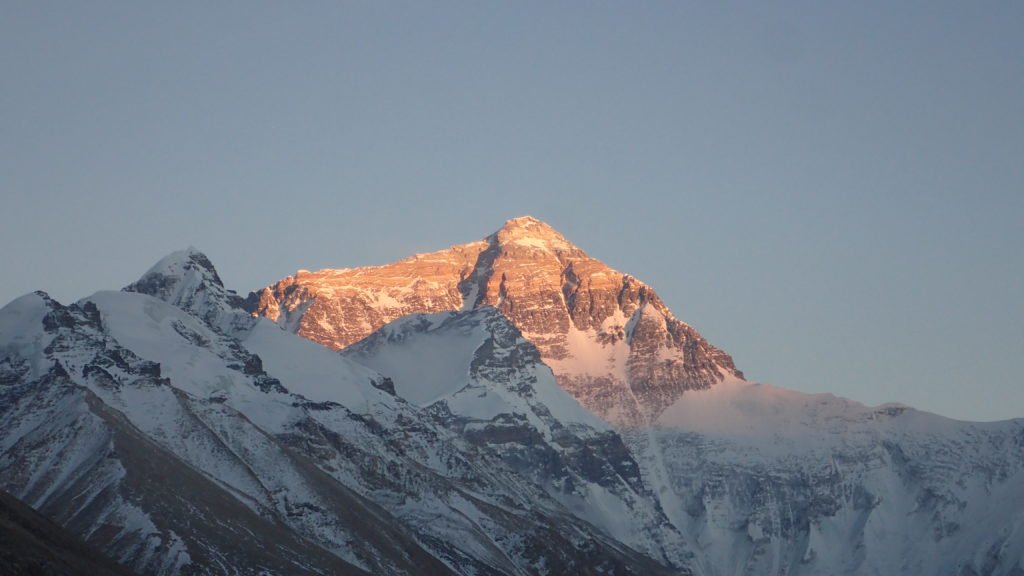 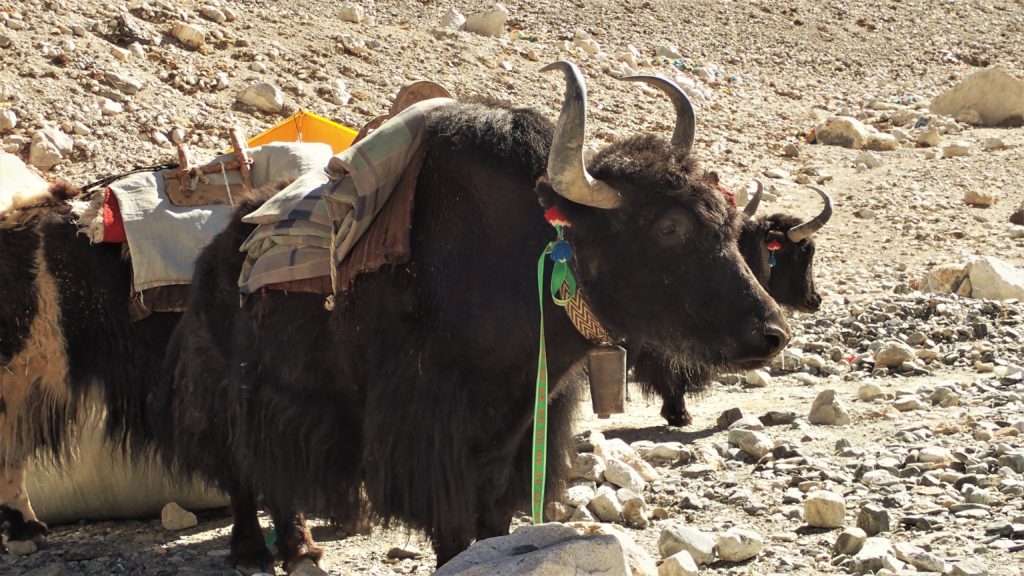